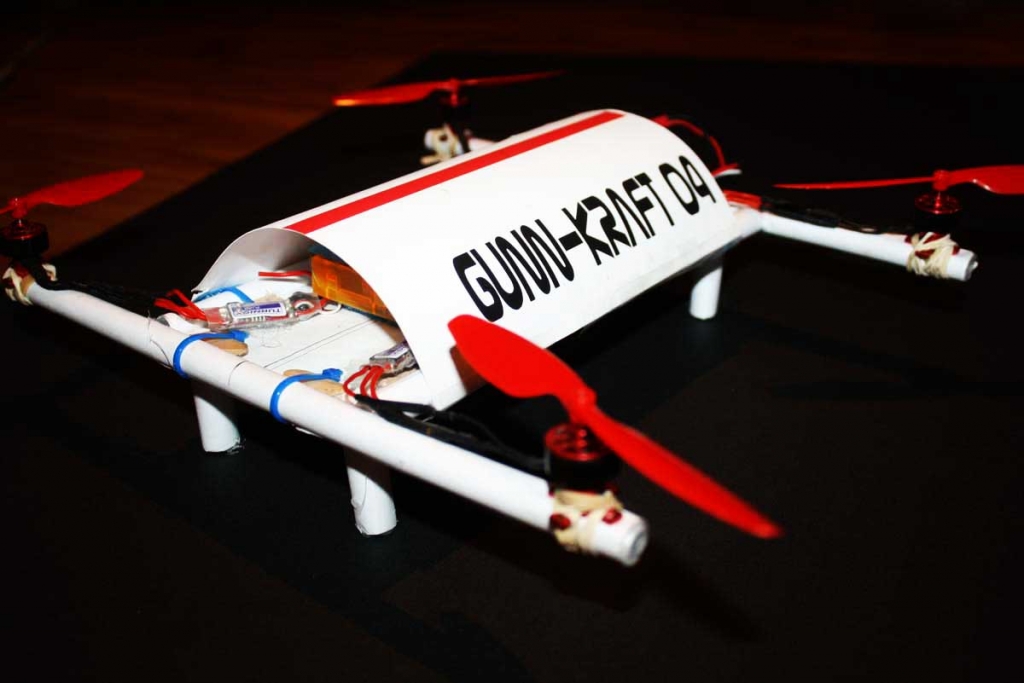 I was sitting at my desk and had an urge to make something new something I had never made before I don’t know if you ever got a rush of a feeling to be creative and inventive I get that feeling a lot…Sometimes it’s just a false alarm and I just have to go to the bathroom.

I  was thinking about the flitetest planes, and foam boards and how could I make a quadcopter with foam board I tried a bunch of ideas in my head doing A/style B/style folds in to triangle arms but in my mind it still would not hold up I wanted something really strong and I was kind of hungry. I got it! I decided to make bread something I had never made before nothing like food to get your ideas going!  so I invited my little co-pilot to help me with that project soon enough we were making bread I told him how to mix,, fold and knead the dough as he was rolling the dough… 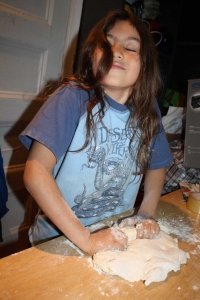 I kept thinking of something he kept rolling the dough it gave me an idea! we pop the bread in the oven and I started to build in my head then I got it! I got the bread out of the oven! 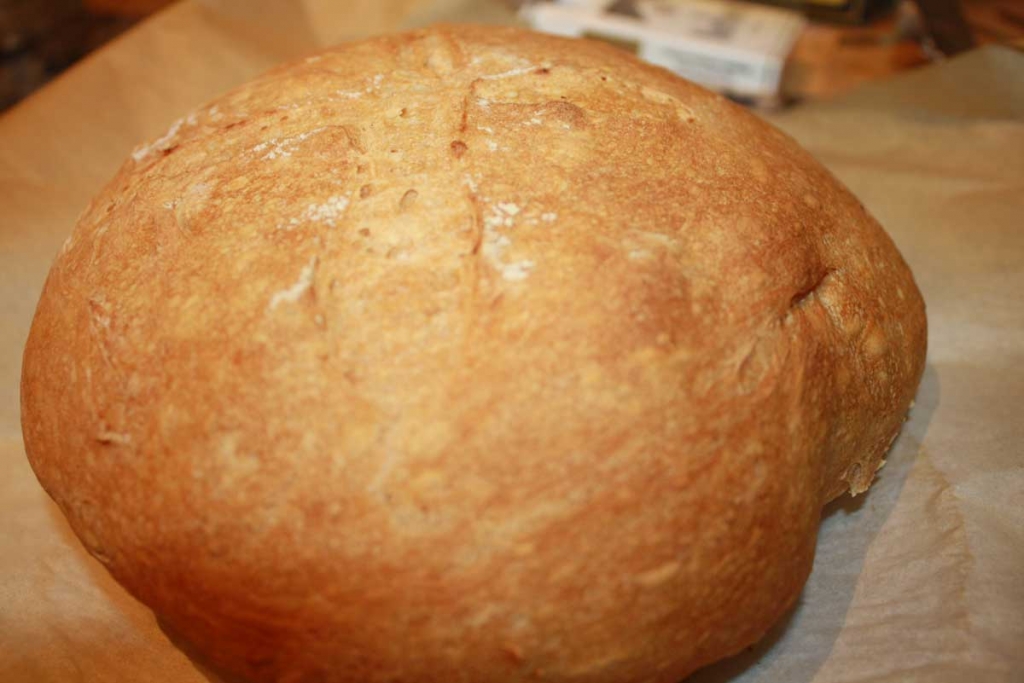 I let it cool down for a bit and then gave the sliced bread a drizzle of extra virgin olive oil…OMG! It was soo amazing! 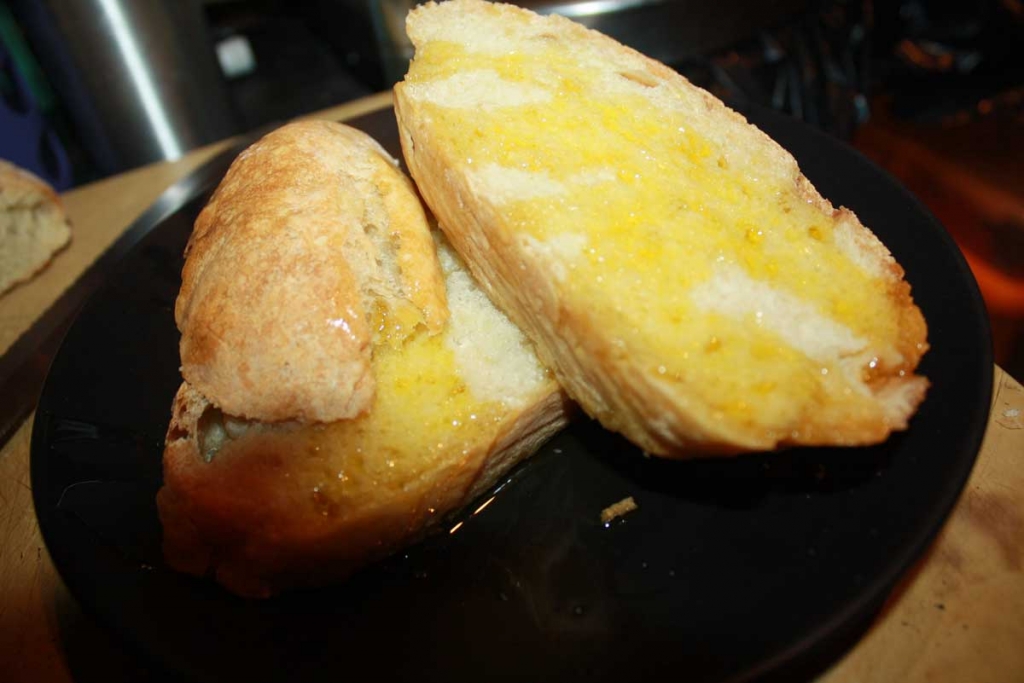 Now I could go back to work on the project! while watching Jesse rolled the dough it reminded me of origami when I was a kid we used to make paper weapons like darts and throwing stars and they held up to abuse. 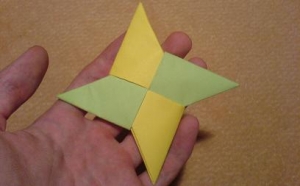 His rolling motion gave me the idea to roll paper in to a tube, the tighter the roll the stiffer and stronger it would be! So I took out some printer paper and started rolling… Rolling all that paper reminded me of my teenage years… 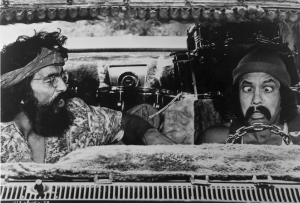 I rolled a really tight tube with 2 sheets I was so happy that I figured out how to make an arm out of paper that was very very strong I was chasing everyone around the house hitting and stabbing them with this hard as nails paper tube see it does not break!  Ow! stop! So after the police came I stopped…ok so I had figured out how to make the arms but not the body.

also you may want to fill the end of the arm with hot glue for reinforcement so that the motor does not crush the paper tube. 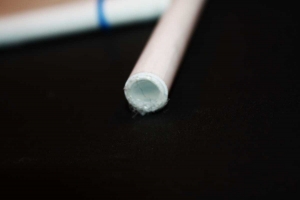 I thought about crossing them but then it would not be even. so at this point I could not make a + copter ..Wait a minute why does it have to be crossed? No reason at all! as long as the motors are a certain distance from each other that is what matters so then I came up with a sled or h copter concept and that would work using the idea from a raft I would be able to make about 5-6 tubes made out of paper and glue them together for the body and then put 1 long tube across the front for the motor arms and the same in the back for the rear motors! Then cover that with a sheet of matte printer paper. That idea worked! 100% all paper quadcopter frame! Time for another sandwich! This time I add added ham to it!

Me being lazy I later switch the raft method to a simpler method which would be a foam board in the center with rails on both sides for a couple of reasons. Stiffer, lighter,stronger faster to make.

Ok now I decide to reinforce the rails and arms by adding Popsicle stick and zip ties, even tho the hot glue should be enough I just want to add reinforcement with the zip ties. 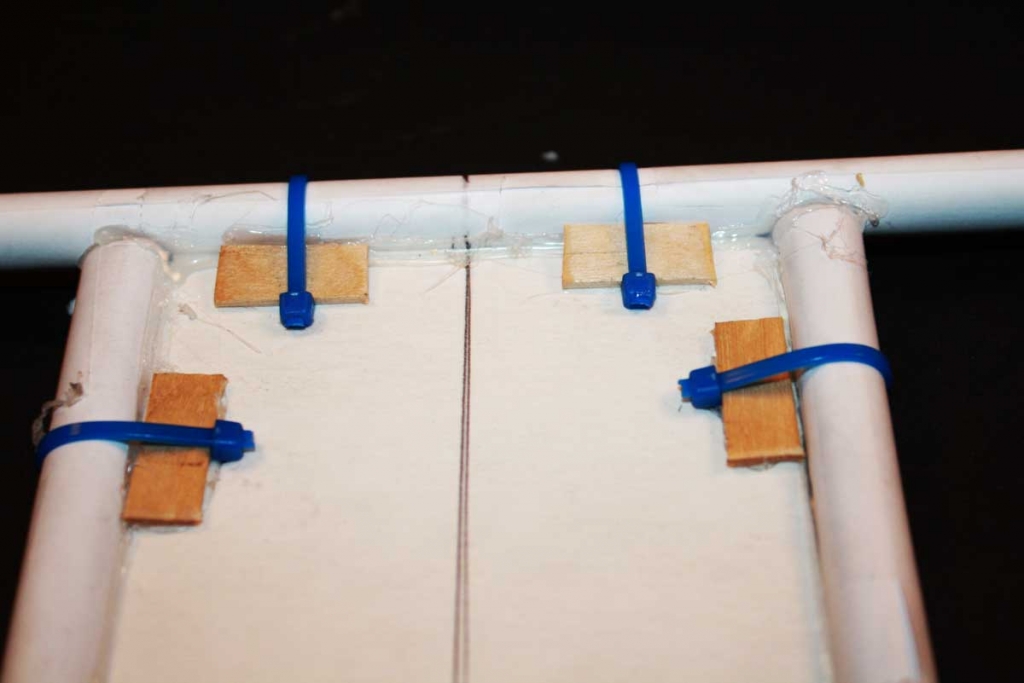 Ok she is all done! Super strong! Super light! On weights between 59-63 grams for the frame alone. 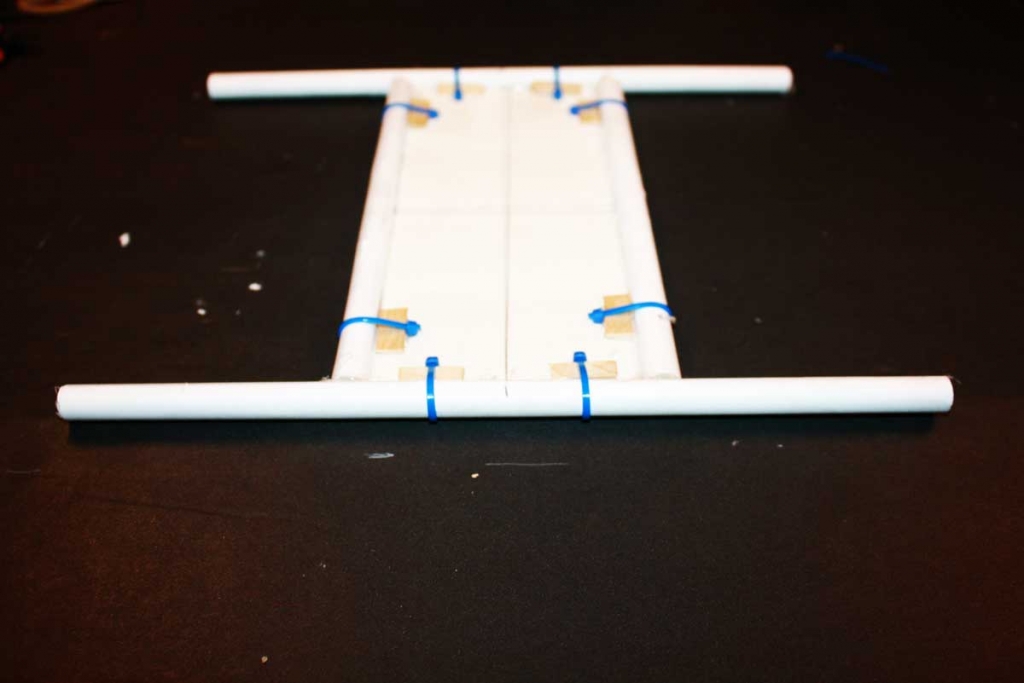 Wait! Wait! How am I going to put the motors on? I Can’t hot glue it motor mount is metal wont stick… Can’t use zip ties too slippery, electrical Tape it’s flexible! Was a great idea for a sec but would be hard to adjust and too final. Got it! Rubber bands!! They are grippy you can make it tight, if a motor gets knocked it will move saving your motor shaft, and easy to remove if needed! 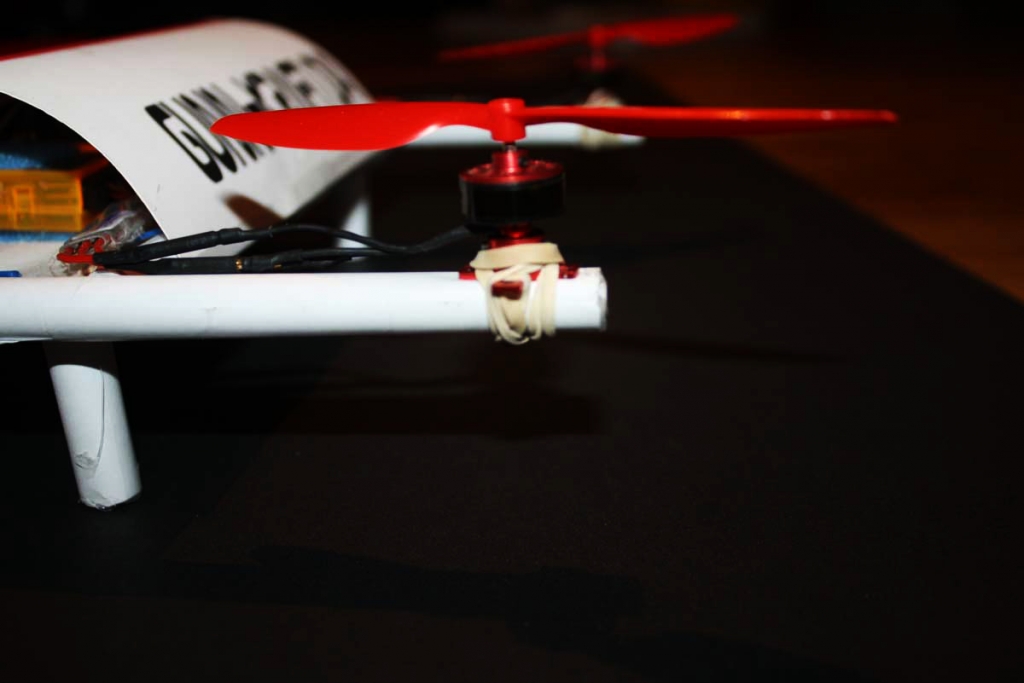 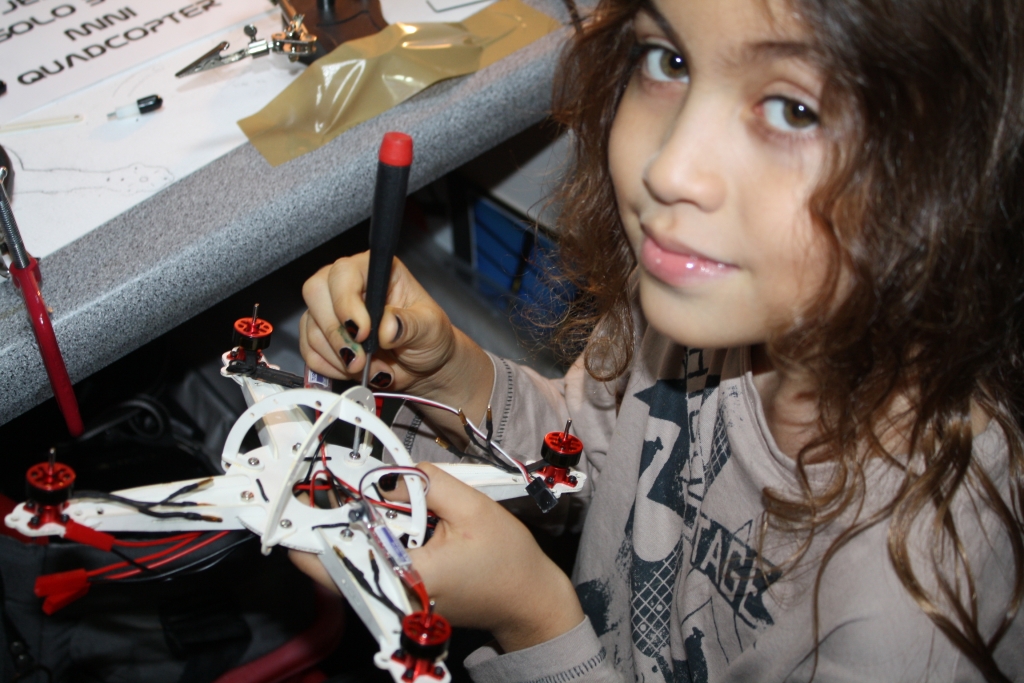 which has a weight of 185g mine is avg 61 grams depending how much hot glue you use I use a lot like 3 mini sticks.

And so that is how the Gunn-kraft papyrus was born… 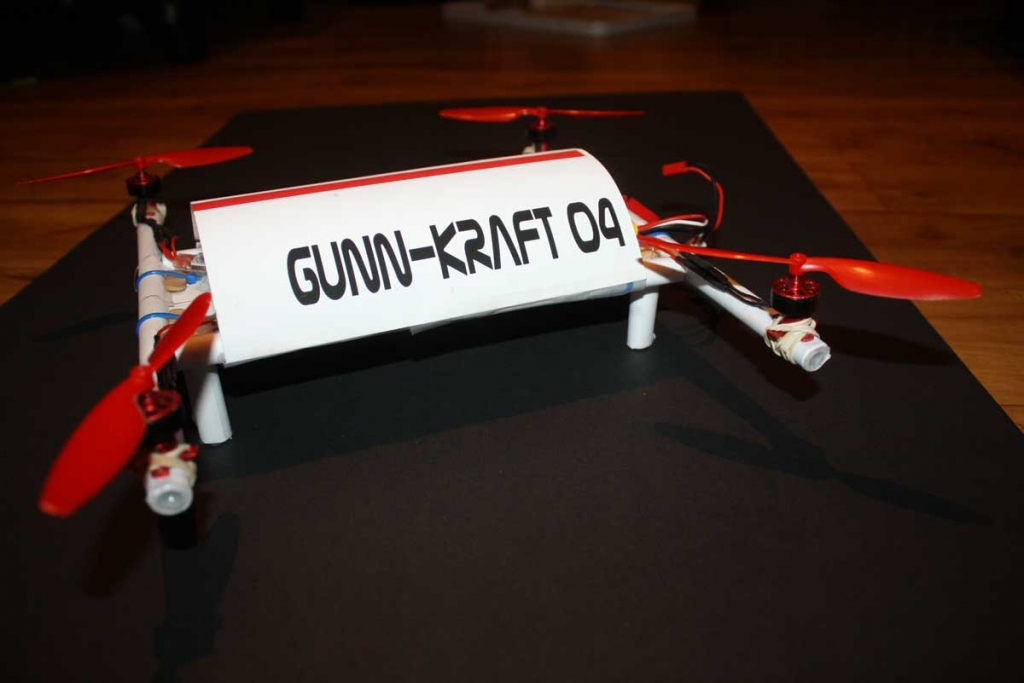 Now if anyone here who is reading this knows of someone else who made a working paper quadcopter before me please let me know.

I do know of a Card board quadcopter but much more complicated that mine his instructions starts out like this..

this a quote from their site:

“First off, you’ll need some tools:

Here is the link to the site http://www.mikeestee.com/blog/2012/03/how-to-build-a-cardboard-quadcopter/

Btw mike does great stuff he works designing cnc machines so don’t judge him on that quad check out his other stuff.

with mine you don’t even need scissors.

Ok I have put this article in a hurry.. I do have a part 2 video on the electronics I am not sure you guys really need to see all of that I may just show how to mount the motors and the top and legs

Let me ask you first do you need to see the entire electronic? it’s about 15 minute video if so I will post it over the weekend I am headed to the maker faire and will post after that.

Also just to let you know this whole project was filled with gremlins! 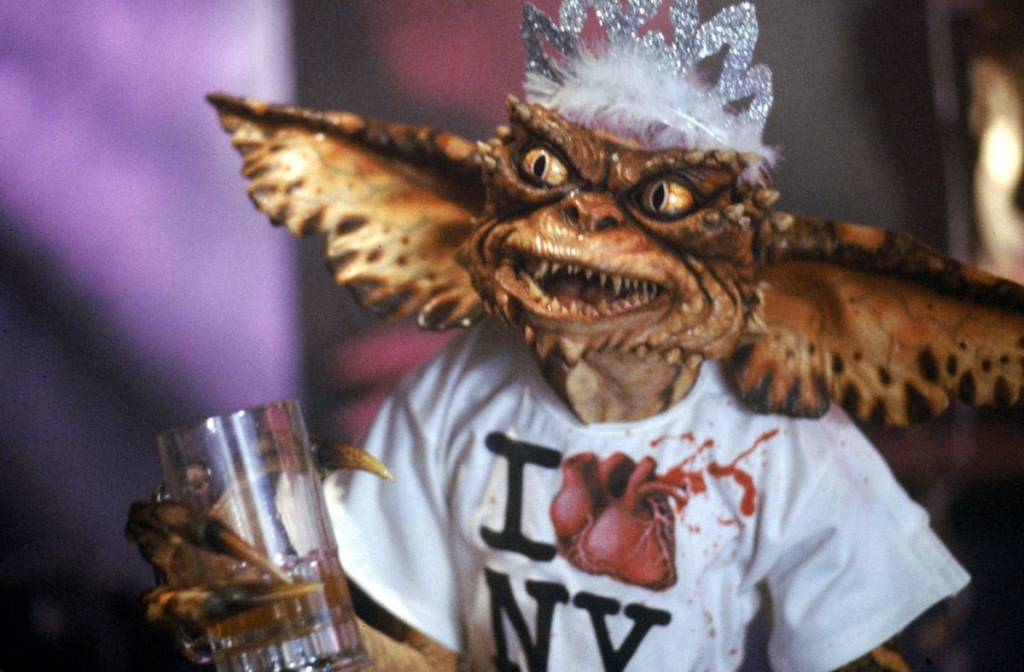 I wanted to do this article in the beginning of the summer the first thing that had problems was the motors 3 of em Then the esc got fried, then my spectrum radio that controlled my orange rx’s drop and I broke the throttle gimbal. I wrote this article a while ago but it disappeared and it was no longer on my drive so  I just rewrote it (the first one was better) I shot the the entire built video frame and electronic when I went to edited it all the files were corrupted! I had to redo the entire video again, the flying I did at the airshow in the uk where I was demo’ing it for the first time my gopro did not record. only the tiny clip in the beginning is all that i have from that day.

But I was determine to do this and share with you my paper quadcopter I hope you enjoyed it and give it a try.

I promise you have everything you will need to make the frame you can always sub other things for Popsicle sticks if you don’t have a hot glue gun… use glue! etc.